On this first-ever episode of Automation & Authorship, we had guest author Kayla MacNeille on to discuss #PitMad (a quarterly pitching event on Twitter put on by @PitchWars) and the general writing community on Twitter. Here are a few show notes: 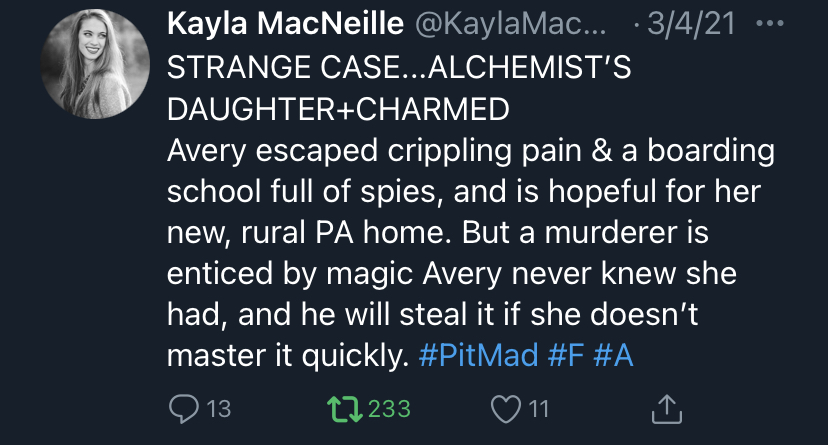 Kayla’s experience with the writing community